Nurse with special interest in menopause

Lynn qualified as an R.G.N. from St Bartholomew’s Hospital London in 1985. She worked in general surgery but her women’s health career began later that year when she joined The Portland Hospital as a staff nurse in Gynaecology. She completed a 6 month full time placement at Queen Charlottes and Chelsea Hospital in 1988 and gained her ENB 225 in Gynaecology nursing. She continued at The Portland as a senior staff nurse until 1990 when she moved to general practice in east London. Lynn completed the Family planning 901 course in 1992, and in those days the surgery actually had a designated menopause clinic! In 1997 she diversified into Diabetes nursing and worked as a facilitator and diabetes specialist nurse in Essex.

After the birth of her daughter in 2000 Lynn moved to Staffordshire and returned to general practice  where she combined her skills in women’s health, contraception, diabetes and cardiovascular disease treatment and prevention.

Over the years she has witnessed how the perimenopause and menopause impacts on women’s lives and particularly the effect on chronic disease management such as diabetes, and how important it is to tackle these complex conditions in a holistic way. Lynn has been a strong advocate for HRT since the 1980’s and is utterly convinced of both the long and short term benefits HRT can bring.

Living near the Peak District Lynn is lucky to be surrounded by beautiful countryside and enjoys walking her 2 dogs. She also loves live music, comedy and theatre. If an evening consists of good food, wine and friends, that is just perfect! 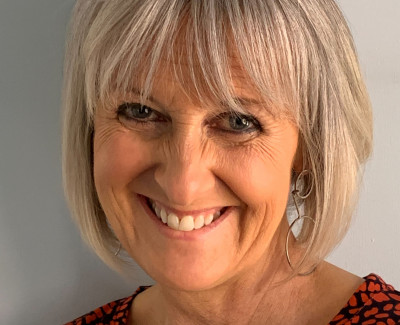